We would like to offer our sincere support to anyone coping with grief. Enter your email below for our complimentary daily grief messages. Messages run for up to one year and you can stop at any time. Your email will not be used for any other purpose.

He was born May 18, 1942 to the late Walter and Hazel Clary Smith. He was a 1960 graduate of Allensville High School. On November 15, 1969 he married the love of his life Barbara Basye who survives.

Bud attended Jefferson Avenue C.C.C.U. and High Street C.C.C.U. churches.  He retired from Wear-Ever after 24 years and the Chillicothe City Schools after 17 years of employment.  He played softball for Wear-Ever and was an avid sports fan of the Chillicothe Paints and high school basketball.  Bud proudly served his Country with the United States Army with time served in Vietnam. He was a member of the Vietnam Veterans, the V.F.W., and the American Legion. He was also a 32nd degree mason and belonged to the Ross County Shrine Club.

Funeral services will be 1 p.m. Wednesday, October 12, 2022 at WARE FUNERAL HOME with Pastor Bruce Viar and Pastor Mark Clendaniel officiating.  Burial will follow in Greenlawn Cemetery with military graveside rites by the Ross County Veterans Honor Guard.  Friends may call at the Ware Funeral Home from 5 -7 p.m. on Tuesday.

To send flowers to the family or plant a tree in memory of Eldon L. "Bud" Smith, please visit our floral store. 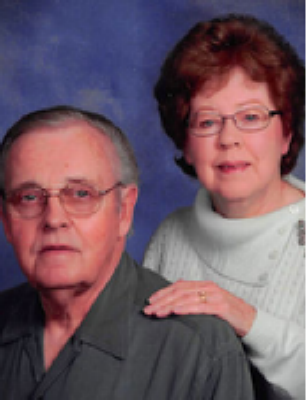 In Loving Memory Of

Look inside to read what others
have shared
Family and friends are coming together online to create a special keepsake. Every memory left on the online obituary will be automatically included in the book.

In Loving Memory Of

Look inside to read what others have shared

Family and friends are coming together online to create a special keepsake. Every memory left on the online obituary will be automatically included in the book.

You can still show your support by sending flowers directly to the family, or by planting a memorial tree in the memory of Eldon L. "Bud" Smith
SHARE OBITUARY
© 2023 Ware Funeral Home. All Rights Reserved. Funeral Home website by CFS & TA | Terms of Use | Privacy Policy | Accessibility